Everyone loves a Christmas film, full of cheesy plot lines and Christmas clichés, there is nothing better to fill you with festive cheer! This year as I am practically house bound with an almost 3 month old (excuse me where has the time gone?!) I have had plenty of time to watch as many Netflix Christmas films as my heart desires. I have also taken the liberty of ranking some of my faves for you. You’re welcome!

This came out last year and I heard great things about it but never got round to watching it. It’s a classic cheesy romcom plot. A journalist is sent to write a story about a Prince, but ends up pretending to be a tutor for the princess, hilarity and romance ensues. The plot was deliciously cheesy, and although it was quite festive it wasn’t full of that warm Christmassy goodness.

A Christmas Prince: The Royal Wedding

I actually preferred the sequel, I felt it seemed much more festive (apart from the bizarre political subplot and ridiculous bow and arrow action). The title is pretty self explanatory so I won’t go into detail, but if you’re after beautiful decorations, snowy scenes and romance then this is the film for you. 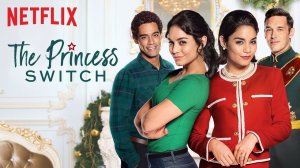 Now this was the epitome of Christmas cheese with a huge helping of Christmas cheer, plus Vanessa Hudgens stars! Baker Vanessa is entered into a baking competition in a Christmas haven, while Princess Vanessa is due to marry the Prince of said Christmas haven. When the Vanessas’ cross paths they realise they look exactly the same and decide to switch places for a few days. Of course one thing leads to another and forbidden romances bloom. 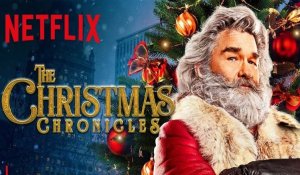 This is a really good watch, it has a predictable plot of course but Kurt Russell’s Santa is probably my favourite Santa. Two children who have lost their father decide to catch Santa in the act on Christmas Eve and end up on a festive adventure full of self discovery. Although the story is incredibly predictable, I haven’t seen another film where Santa performs in a rock show in prison.

Have you watched any of the Netflix original Christmas films? What did you think?